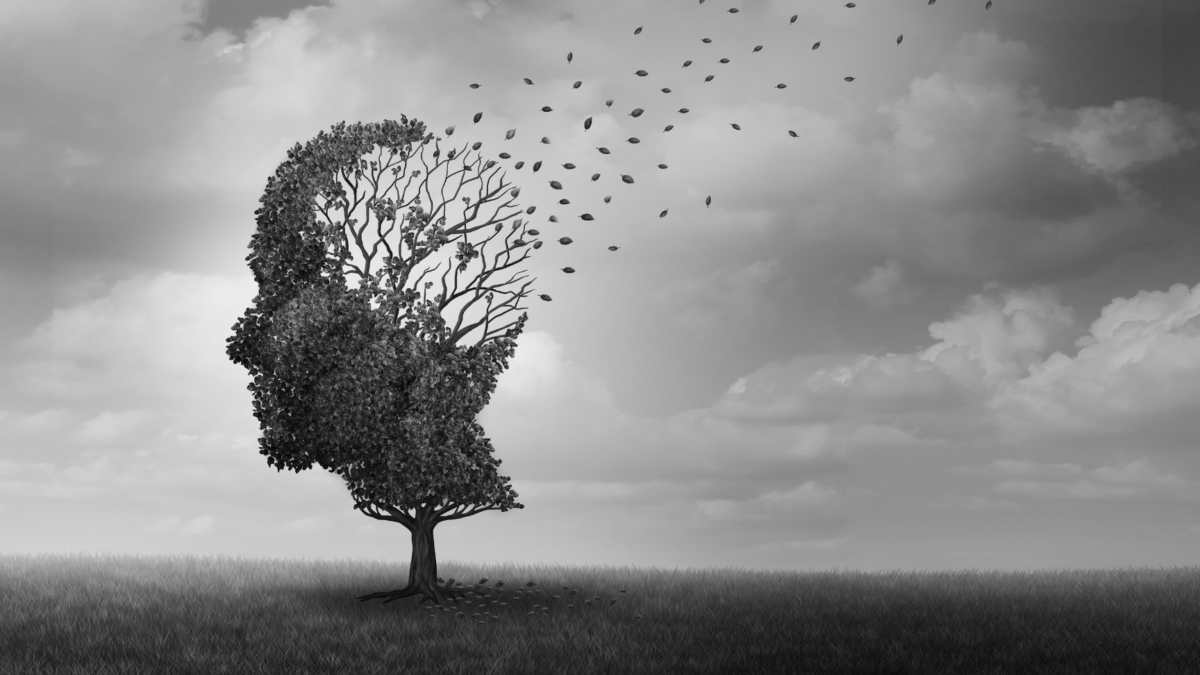 The past month has led way to what many in the Alzheimer’s field might consider a “seismic shift”.

The controversy began when it was revealed that data underlying the most prominent theory of Alzheimer’s causation – the amyloid hypothesis – was potentially manipulated or even falsified by the lead author. This has major implications on the Alzheimer’s field. Is it possible that Alzheimer’s researchers have spent billions of dollars, and decades of research targeting the wrong thing? Is that why roughly 99% of Alzheimer’s drugs have failed? T-Neuro Pharma has been advocating that the answer is a resounding “yes”, and this recent turn of events is pushing the Alzheimer’s community to start to agree.

This is troubling of course, because it involves the potential manipulation of data. But it is just a symptom of a deeper, unwavering adherence to the amyloid hypothesis. The amyloid hypothesis of Alzheimer’s causation has long enjoyed a history of having been “grandfathered-in” as the root cause of Alzheimer’s. At first glance, it makes sense because beta-amyloid is a key component of the “plaques” that can be seen in an Alzheimer’s brain. More importantly, a rare group of patients – no more than 1-5% – that are guaranteed to get Alzheimer’s relatively young, were found to have amyloid-promoting gene mutations. So it was naturally assumed that amyloid was the cause of Alzheimer’s Disease, even in the 95-99% of patients without these rare gene mutations.

But the truth is, the amyloid hypothesis failed the very first time it was critically tested.

To be clear, the way disease causality is usually determined is by three principles: 1) establishing that the causative factor transfers the disease to unaffected subjects in an animal model (this establishes sufficiency, or that nothing else but the suspected factor is needed for disease onset); 2) demonstrating that the disease is prevented or at least reduced in affected subjects by removing the causative factor (this establishes necessity, or that the disease can’t occur/proceed without the factor); and 3) that the factor is present exclusively or at least preferentially in diseased and not healthy individuals.

Amyloid failed the first, and most important of these principles early on: it doesn’t cause Alzheimer’s in an animal model by itself. As that was chalked up to mice not being people by amyloid proponents, it failed this principle in humans when individuals with high enough amyloid in their brains to be diagnosed with Alzheimer’s, were shown to be perfectly normal and never develop cognitive decline.

The hypothesis has failed the second principle many more times, as reducing amyloid in the brain failed over and over to stop, slow, or prevent the disease in patients. Many of the failed drugs were excellent at reducing amyloid but failed at reducing or even slowing cognitive decline.

A third critical breach in the amyloid armor should have come a couple years back, but it was not widely recognized as such: an individual with one of those amyloid-promoting mutations that normally guarantees Alzheimer’s by age 45, failed to show even the earliest signs of the disease until some 30 years later. This person carried another mutation in a separate gene that was thought to protect her from the amyloid-promoting mutation. Objectively, this should have said more clearly than ever, that there is something that is dominant over amyloid in Alzheimer’s causation but is usually hidden, possibly because it’s almost never compromised. When it is – as it apparently was in the woman with that second protective gene mutation – even the strongest effects of amyloid on Alzheimer’s completely crumble.

Finally, adding an odd sort of insult to the injured amyloid hypothesis, FDA breathed life into the anti-amyloid drug approach by approving Aducanumab/Aduhelm for Alzheimer’s treatment against its advisory panel’s overwhelmingly recommended rejection last year. This may have been just shy of one transgression too far for many, such that all the field needed for more people than ever – and louder than ever – to say enough already, was potentially manipulated data in a key pro-amyloid paper.

Once one understands the cumulative erosion of the amyloid hypothesis over the years, the current controversy of data manipulation can be viewed with a little more perspective.

The amyloid hypothesis has always had its core of supporters. For these supporters, its inability to explain a biological basis of the disease, and the failure of amyloid reduction to convincingly alter disease course have been viewed as perplexing conundrums rather than disproof of the hypothesis itself.

A single suspicious/fraudulent study – even an important one like the paper now under investigation – is not going to topple a hypothesis built on adherents who’ve collectively contributed their own supportive studies en-masse. It’s just that, when empirical evidence gets in the way of an idea assumed to be true, data can get stretched to fit. The idea that this is the one and only bit of stretching that has ever occurred is simply implausible. Indeed, “inside” knowledge of how animal models of Alzheimer’s behave, and of imaging studies of amyloid in humans, is rife with stretches, albeit small and undoubtedly innocent ones.

In that respect, the Ashe paper maybe offers a scapegoat of sorts for well-meaning adherents of the amyloid hypothesis to consider its flaws a little more than they otherwise would. That’s consistent with my standout observation over the past month: far more people that have traditionally been “all-in” on the amyloid hypothesis are qualifying their positions on it – if not expressing outright doubts over its validity. And they’re doing it in far more public venues than I’ve ever seen over a single manipulated study.

While the jury’s still out on this particular paper to my understanding, I think there’s a back-narrative at play here, not just with this sort of cryptic scapegoating, but following the Aduhelm/FDA fiasco, I think a lot more people have just had enough disregarding of data and/or independent opinions on amyloid and Alzheimer’s in general.

As evidence of the impact of this, I recently witnessed the leader of a prominent, often pro-amyloid, professional organization publicly acknowledge to an international audience that amyloid is not sufficient to cause Alzheimer’s. While this is huge in itself, the implications for field leaders’ opinions on the amyloid hypothesis is perhaps even more so.

This highlights what makes T-Neuro so different than the “heavy hitters” at research institutions and in the pharmaceutical industry who’ve failed to solve the Alzheimer’s puzzle over and over and over.

First, there’s no incentive financial or otherwise for us to fit data to the amyloid hypothesis, because we’ve shown that amyloid accumulation follows another causative event. Second, we have unique knowledge of that event, which, so far, has passed with flying colors all the principles of causation that amyloid has failed. That’s already monumental. Third, tracking that dominant factor appears useful in tracking Alzheimer’s in the real world – again so far. All combined, this puts us far ahead of the pack in terms of diagnosing Alzheimer’s as early as possible – not just from indirect physiological changes, but from a known cause – and eventually in terms of effectively preventing, slowing, or stopping the disease altogether.

On a side note, I’ve been thoroughly enjoying openly venting about the amyloid hypothesis with colleagues who were apparently among its faithful adherents not so long ago. One of them recently texted me, “you were right” this past week. I told him that’s nice…and it’s about time. 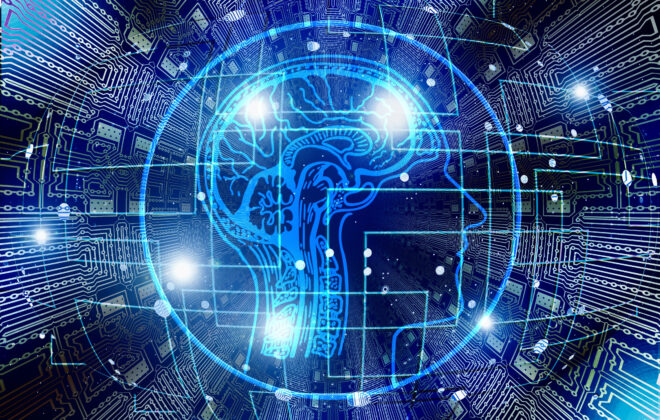 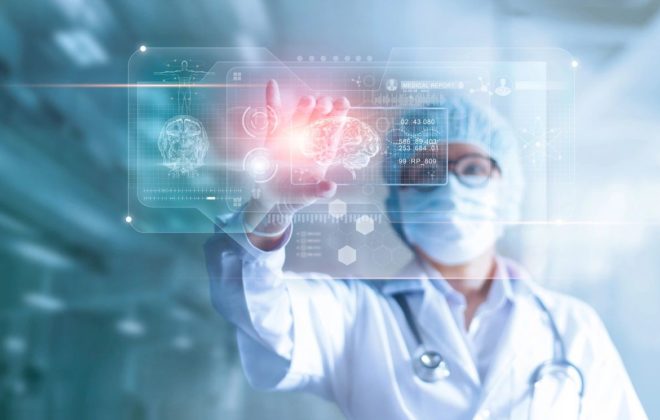